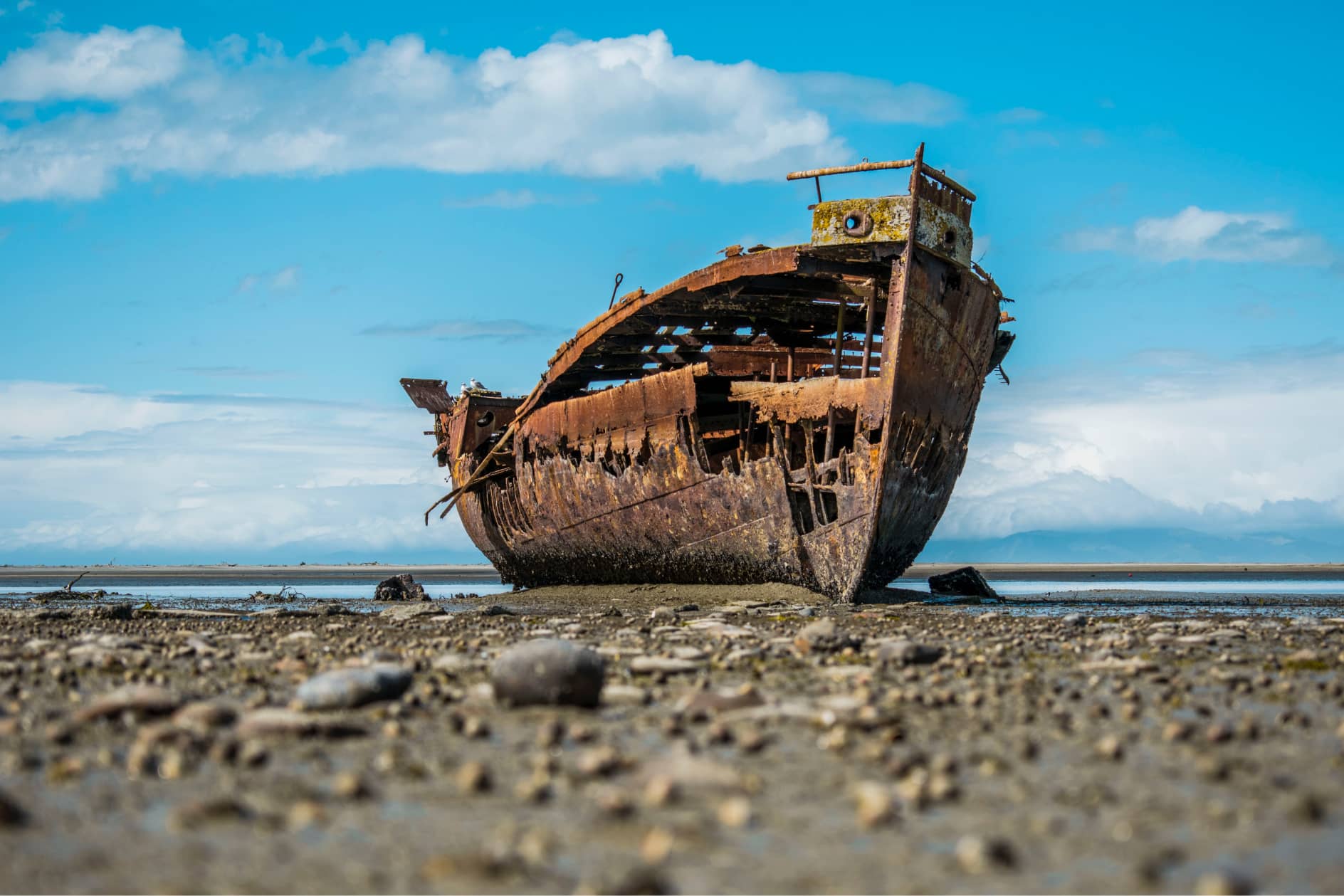 Is the Capesize Recovery Sustainable? 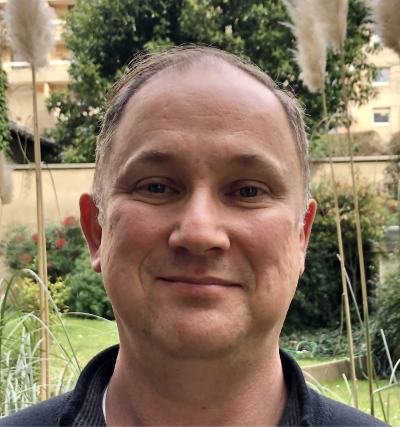 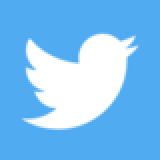 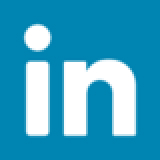 Under normal circumstances, a three-quarter gain in freight rates for the Panamaxes during the first half of September would have been considered a sterling performance for the tonnage segment and dominated the headlines. However, in the post-pandemic world, with rising geopolitical tensions and the global economy potentially on the verge of a recession, circumstances are anything but ordinary, and the segment’s performance pales compared with the Capesizes.‍

As one of Shipfix’s previous market blogs highlighted, the past summer’s performance for the Capeszes is probably best forgotten. Between the high of the year set in late May and the low at the end of August, the Baltic Exchange’s index for the segment dropped by a staggering 93 per cent. Daily time charter spot rates for the Baltic’s basket of five Capesize routes, the C5TC, fell by nearly 36,000 dollars to a meagre 2,505 dollars. Hence, as suggested, the old equity market adage of selling in May and going away, with the luxury of hindsight, would have been good advice for anyone with long positions in the Capesize freight market. However, the first half of September has seen the index surging by almost 450 per cent. The positive momentum has also been maintained into the month’s second half, with the Baltic’s indicator for the segment surging by another 31 per cent as the markets reopened following a three-day weekend due to the Queen’s funeral in London.

Despite the impressive recovery since the end of August, daily C5TC earnings at the end of last week had only returned to the levels last seen in the early parts of August. At just above 13,500 dollars following such a recovery, it highlights the extensive force of the market rout. The freight rates also remain well below last year’s levels, with the daily earnings on the fifteenth of September 75 per cent below what was seen on the same date the previous year.

The healthy daily rates a year ago also preceded additional gains that eventually saw the C5TC breaching 80,000 dollars per day in early October. Hence, it begs the question if a similar surge in rates could be on the cards for the coming weeks, albeit from considerably lower levels.

Events in China have contributed to the recent strong showing for the largest vessels, with severe weather conditions providing some disruptions to discharging in Chinese ports and tying up tonnage for longer. News that construction projects in the country’s troubled property sector were restarting have also contributed to the surge. In addition, last week’s stronger-than-expected Chinese economic data for August could provide some longer-term support for the current freight rate levels.

The outlook for the Chinese economy nevertheless remains uncertain, as new Covid restrictions remain a real threat, and the Chinese statistics authority warned last week that the challenges ahead might be more significant than in the early stages of the pandemic back in 2020. Still, the continued fragility of the Chinese growth rates could, ironically, benefit dry bulk shipping and the commodities markets, as Chinese authorities may launch additional stimulus measures to provide more support for the economy. The usual path for such actions is through infrastructure and other construction projects. Hence, it could support demand for industrial commodities and seaborne transportation despite flagging growth rates.

Global cargo ordering activities for Capesizes have been trending higher since the lows observed during the first half of July, when volumes were at the lowest levels since the end of December 2020. Still, the volumes recorded by Shipfix in the past two weeks have failed to maintain much of the momentum that was evident during the latter parts of August. While weekly cargo orders in the segment appear to have stabilised and the last week could still be adjusted higher as some data may be delayed, volumes remain well below the levels seen in the last two years at the same time of the year. However, the current order volumes are reasonably similar to what was seen in September 2019.

The fortunes of the Capesize freight markets have become increasingly associated with those of the Chinese economy, as iron ore and coal shipments to China have occupied a large part of the fleet. Hence, the slowdown in demand from the Chinese buyers that began with Beijing’s clampdown on pollution levels some fifteen months ago and accelerated with the problems in the country’s real estate sector has weighed on global aggregate demand levels. The nature of much of the seaborne transportation of commodities to China onboard Capesizes does not allow it to be captured through cargo order data, as contracts are often long-term. Still, the number of public orders for cargoes bound for China has nevertheless been picking up in the last three weeks following a dip in early August.

Despite the meagre charter rates seen in the latter parts of last month, the recovery started to build momentum in August as the markets started to absorb excess tonnage. For example, the ordering activities for Capesizes loading in the Atlantic basin picked up sharply in the middle of August and remained elevated into early September. However, in a potentially ominous development, the recovery has run out of steam in the last two weeks.

The continued strength of the Capesize recovery raises the question of how much further it can run. While in a historical context, there is still considerable upside compared to previous years, the rising headwinds for the global economy could weigh on the demand for iron ore, and by extension Capesize freight rates. Still, falling global availability of Capesizes could continue to support higher freight rates in the short term, even if demand is showing signs of stabilising. Beyond that, freight rates are more likely to be influenced by developments on the macro level, with additional and extensive stimulus measures in China likely to be on top of many shipowners' wish lists. A continued robust global demand for thermal coal will also provide some support for the charter rates in the segment. Shipfix is committed to protecting and respecting your privacy, and we’ll only use your personal information to administer your account and to provide the products and services you requested from us. From time to time, we would like to contact you about our products and services, as well as other content that may be of interest to you.To use Shipfix services, you consent to allow Shipfix to store and process your personal information to provide the requested content.
For more information on how to unsubscribe from the newsletter, our privacy practices, and how we are committed to protecting and respecting your privacy, please review our Privacy Policy.
© 2022 Shipfix
Related Insights
Is the Capesize Recovery Sustainable?
Under normal circumstances, a three-quarter gain in freight rates for the Panamaxes during the first half of September would have been considered...
By
Ulf Bergman
on
Sep 20, 2022 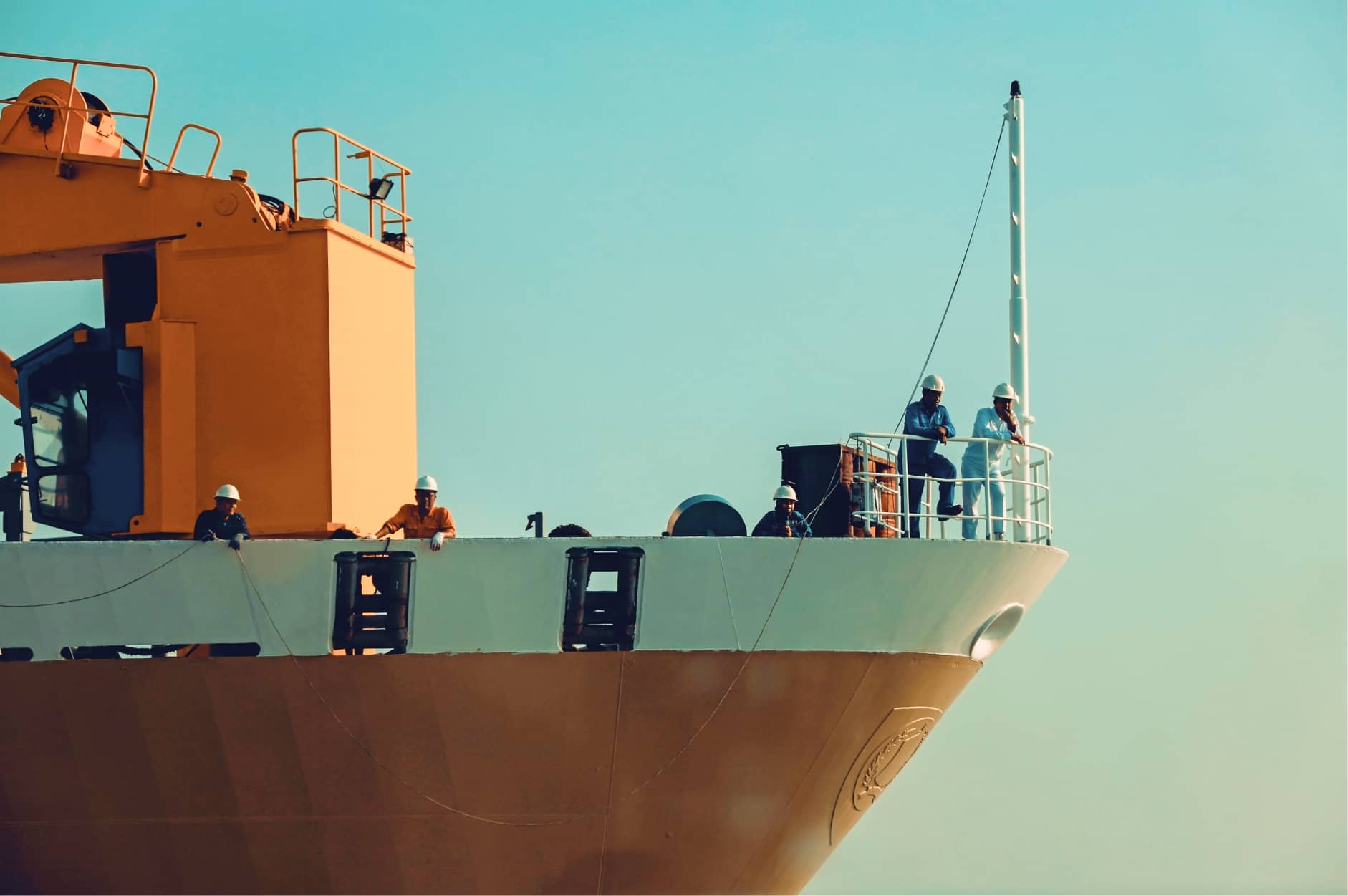 A Changing Reality for the European Coal Trade
Europe is rapidly heading for the deadline when the EU sanctions on imports of Russian coal become terminal. Imports have been allowed...
By
Ulf Bergman
on
Jul 22, 2022 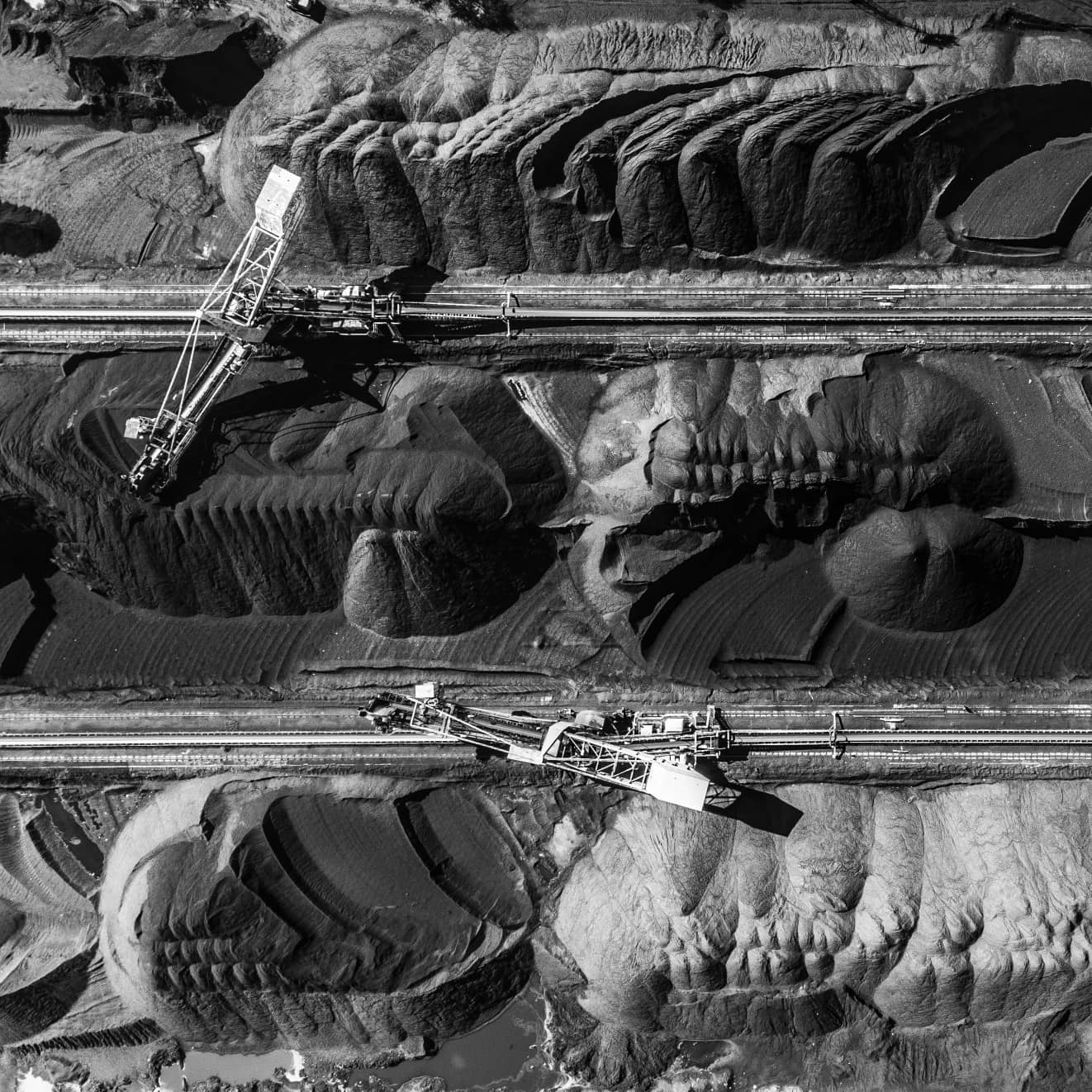 Russian Exports Surging Despite The War
The Russian assault on Ukraine has passed the 100 days mark, and no end to the conflict appears to be in sight. While Russian military...
By
Ulf Bergman
on
Jun 3, 2022 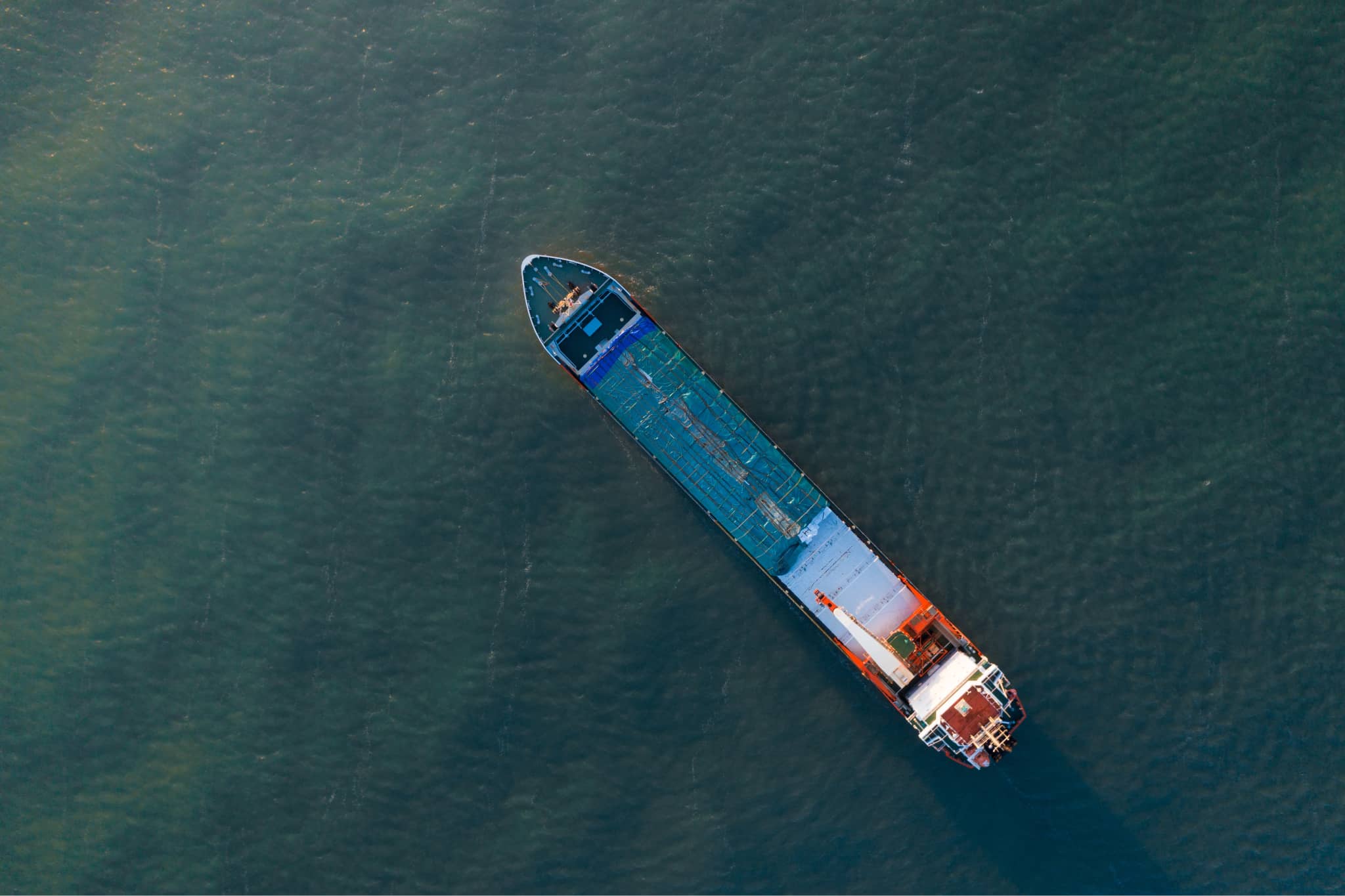 The Indian Heatwave and the Impact on Trade
Temperatures in India have been soaring to unprecedented levels in recent days and weeks, putting lives, crops and energy supplies at risk...
By
Ulf Bergman
on
May 10, 2022 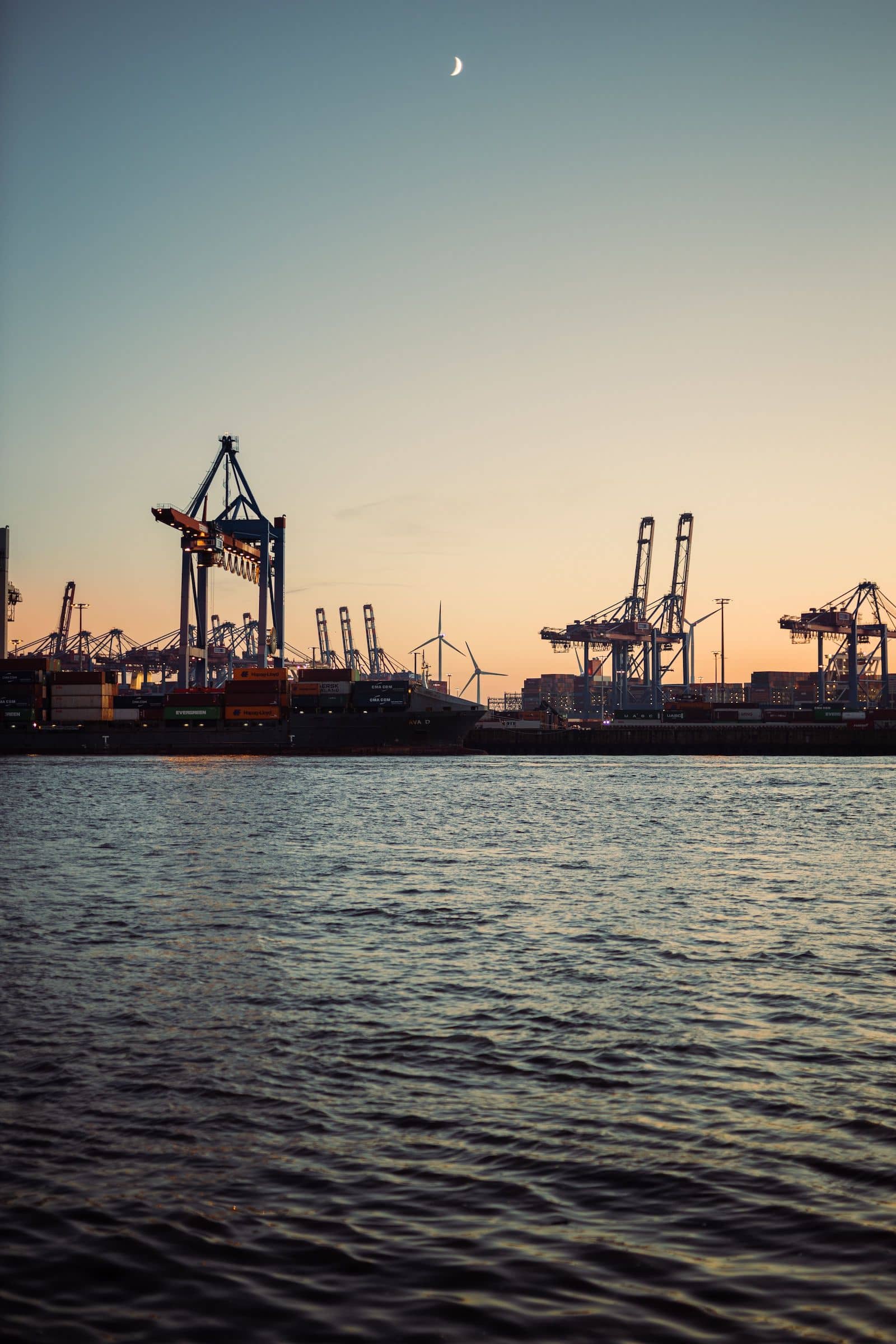 Chinese Dry Bulk Imports Under Pressure
The continued lockdowns and other Covid-related restrictions in China have put renewed focus on the long-term outlook for the world's...
By
Ulf Bergman
on
Apr 26, 2022 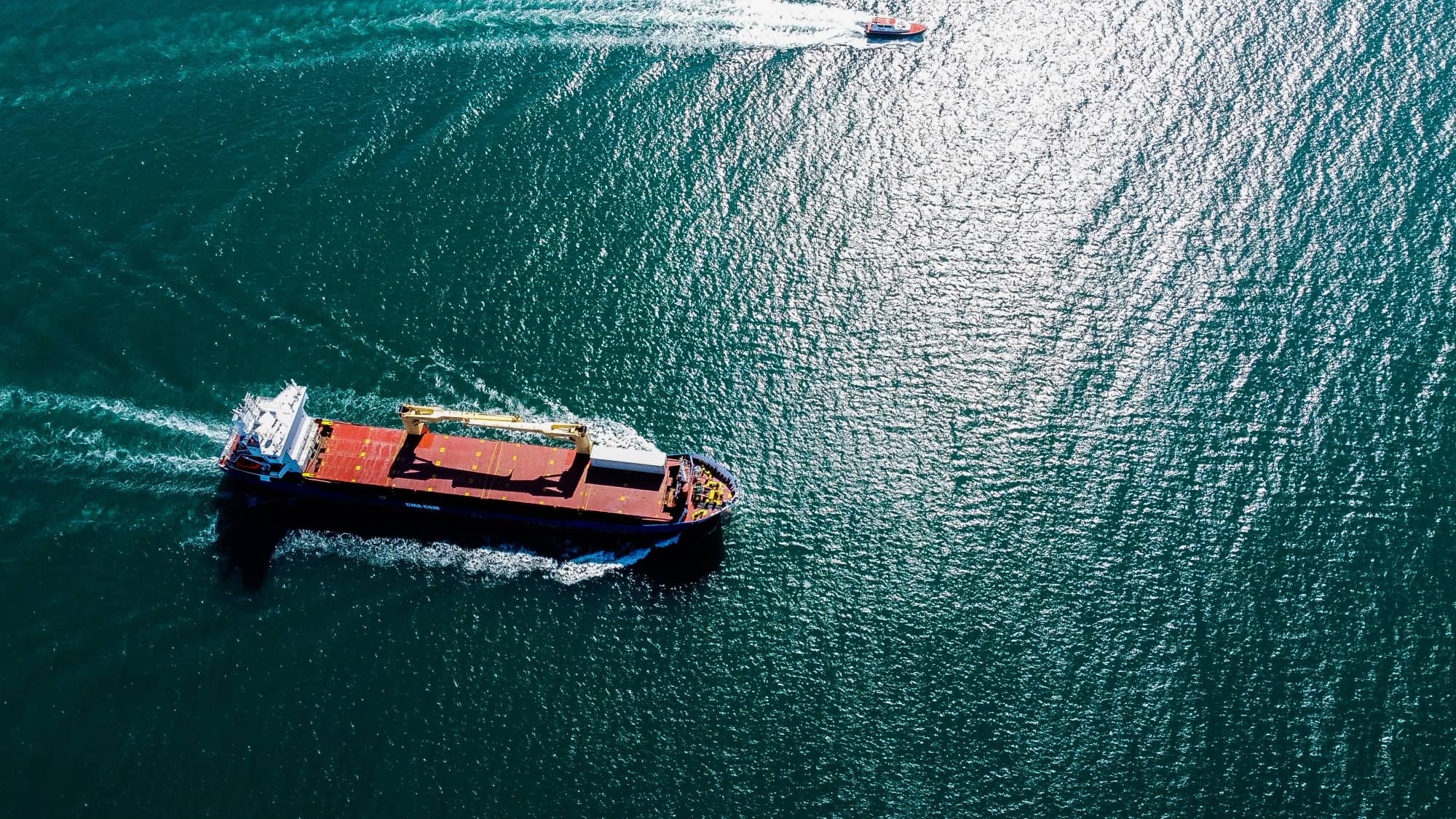 Seaborne Coal Due for a Shakeup
The European Union formally adopted the fifth package of sanctions against Russian interests on Friday last week. In contrast to previous measures...
By
Ulf Bergman
on
Apr 13, 2022 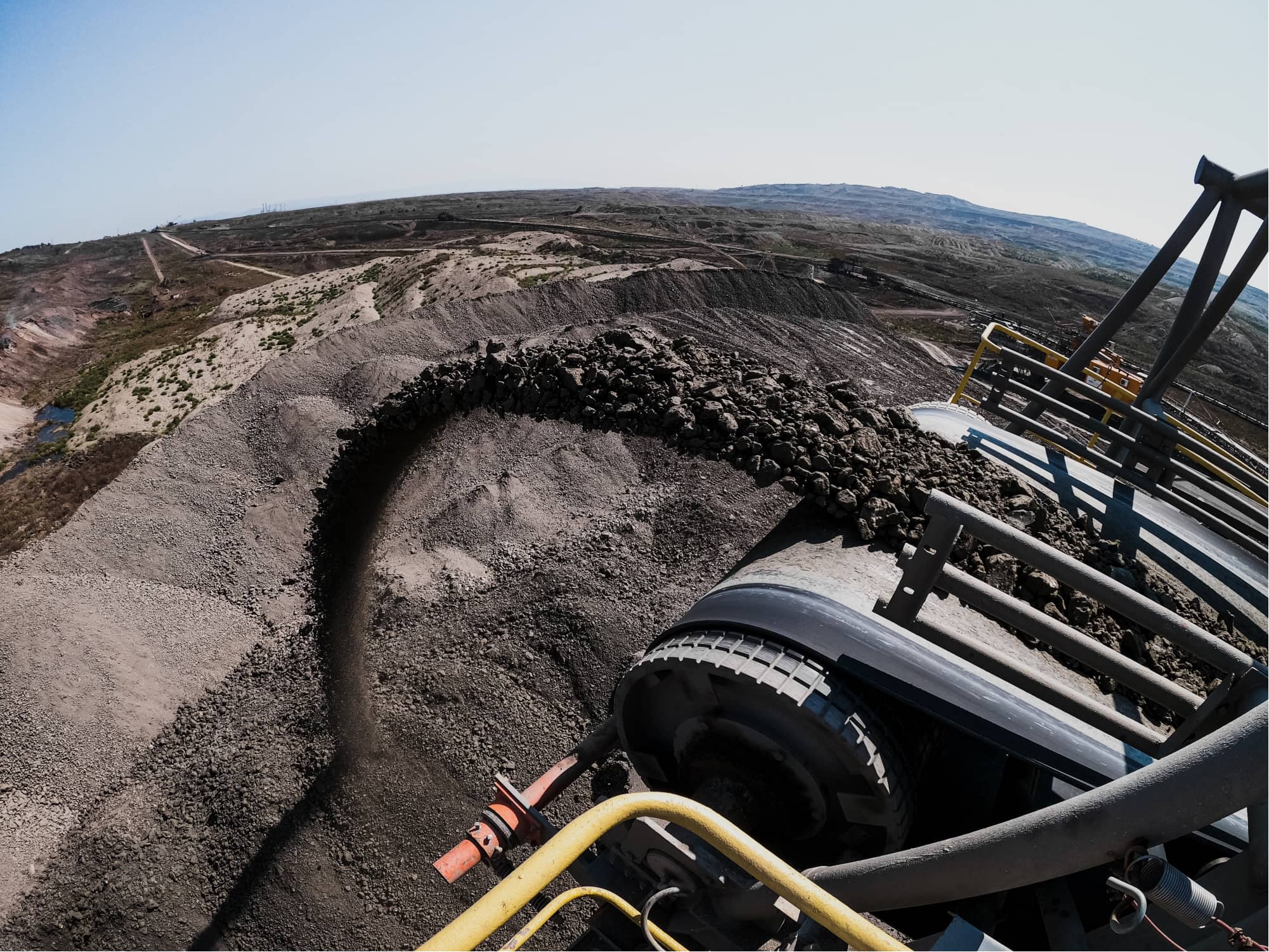 King Coal Is Not Abdicating
Thermal coal prices have retreated in recent weeks from the dizzy heights they reached in the immediate aftermath of the Russian invasion...
By
Ulf Bergman
on
Mar 25, 2022 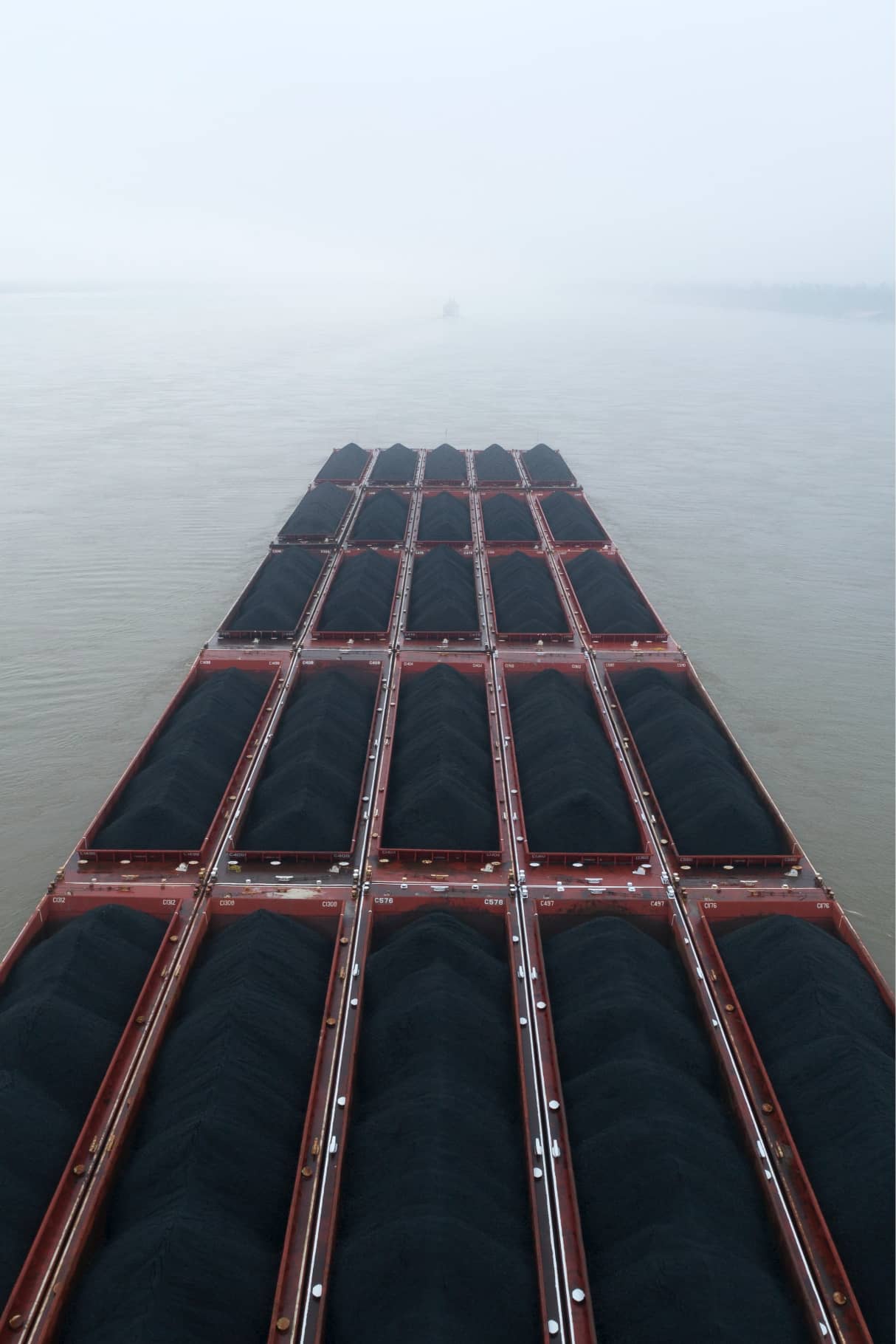 India Key to Changing Trade Flows
The unprecedented move by some of the world's largest economies to remove Russia's status as "Most Favoured Nation" through the World
By
Ulf Bergman
on
Mar 18, 2022 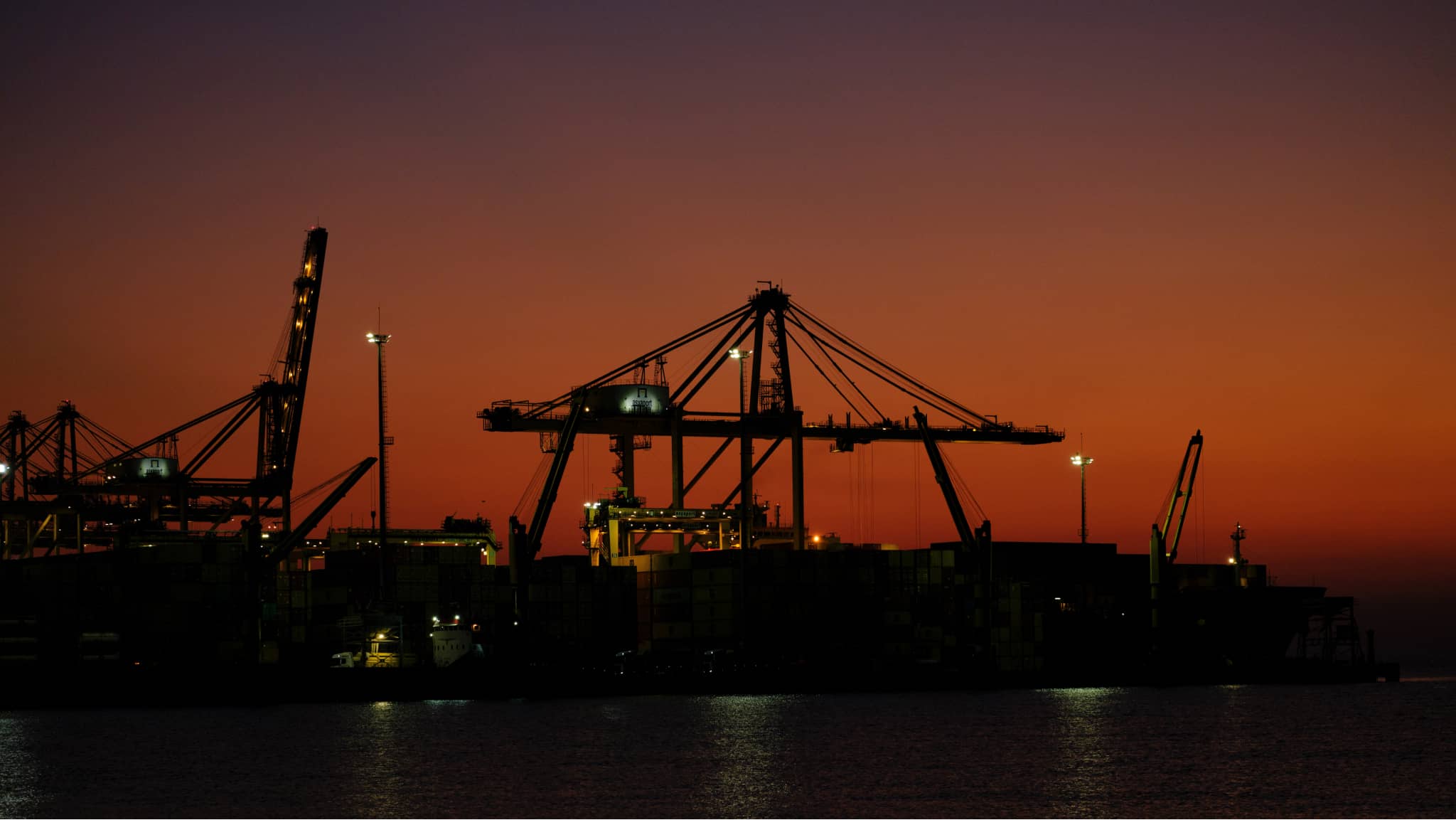 Coal: European Imports Look Set To Increase
With the meeting between the foreign ministers of Ukraine and Russia in the Turkish city of Antalya failing to make any material progress...
By
Ulf Bergman
on
Mar 10, 2022 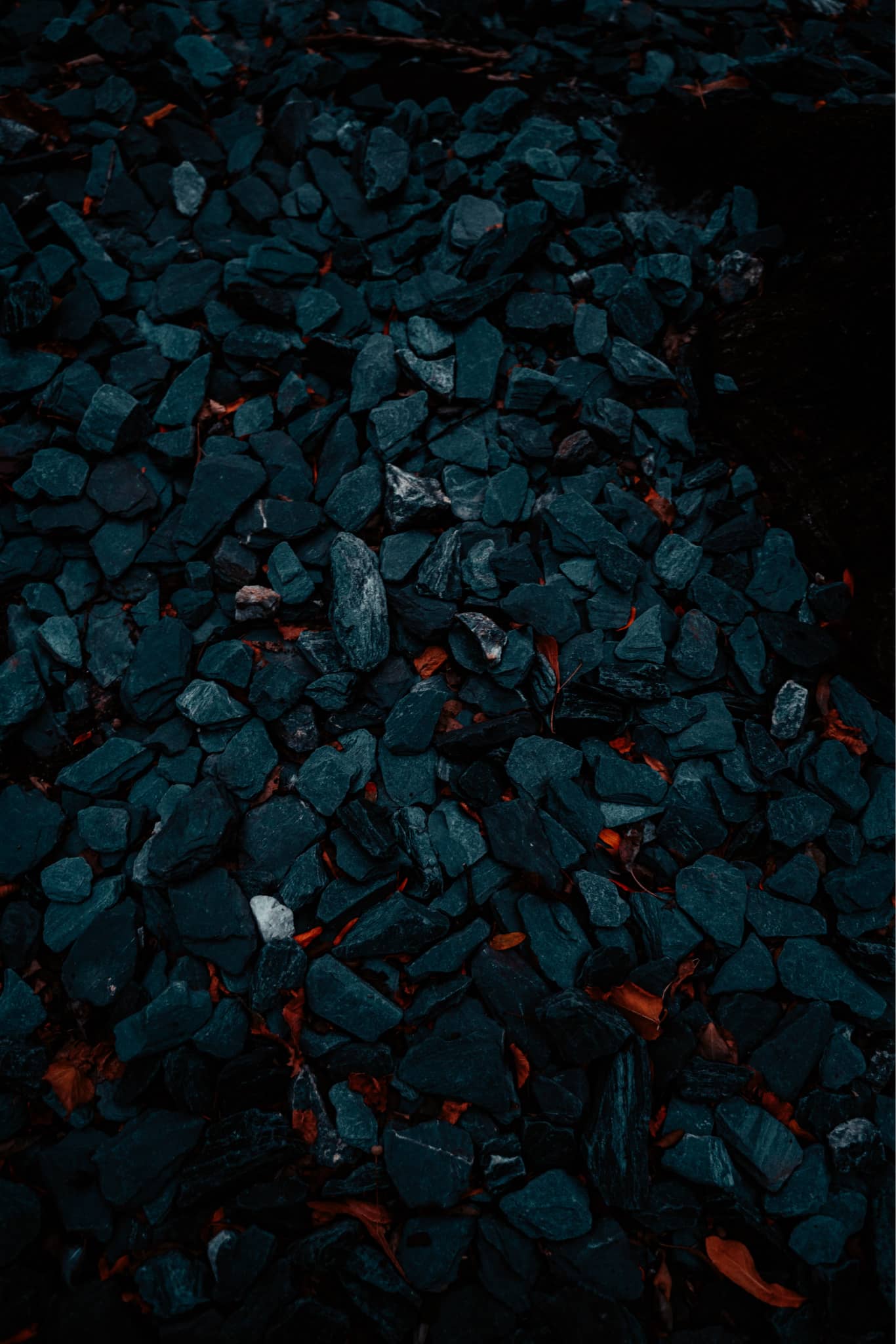 Substitutions and Shortages
The number of destinations available for Russian exports is rapidly being decimated. An increasing number of formal economic sanctions...
By
Ulf Bergman
on
Mar 9, 2022 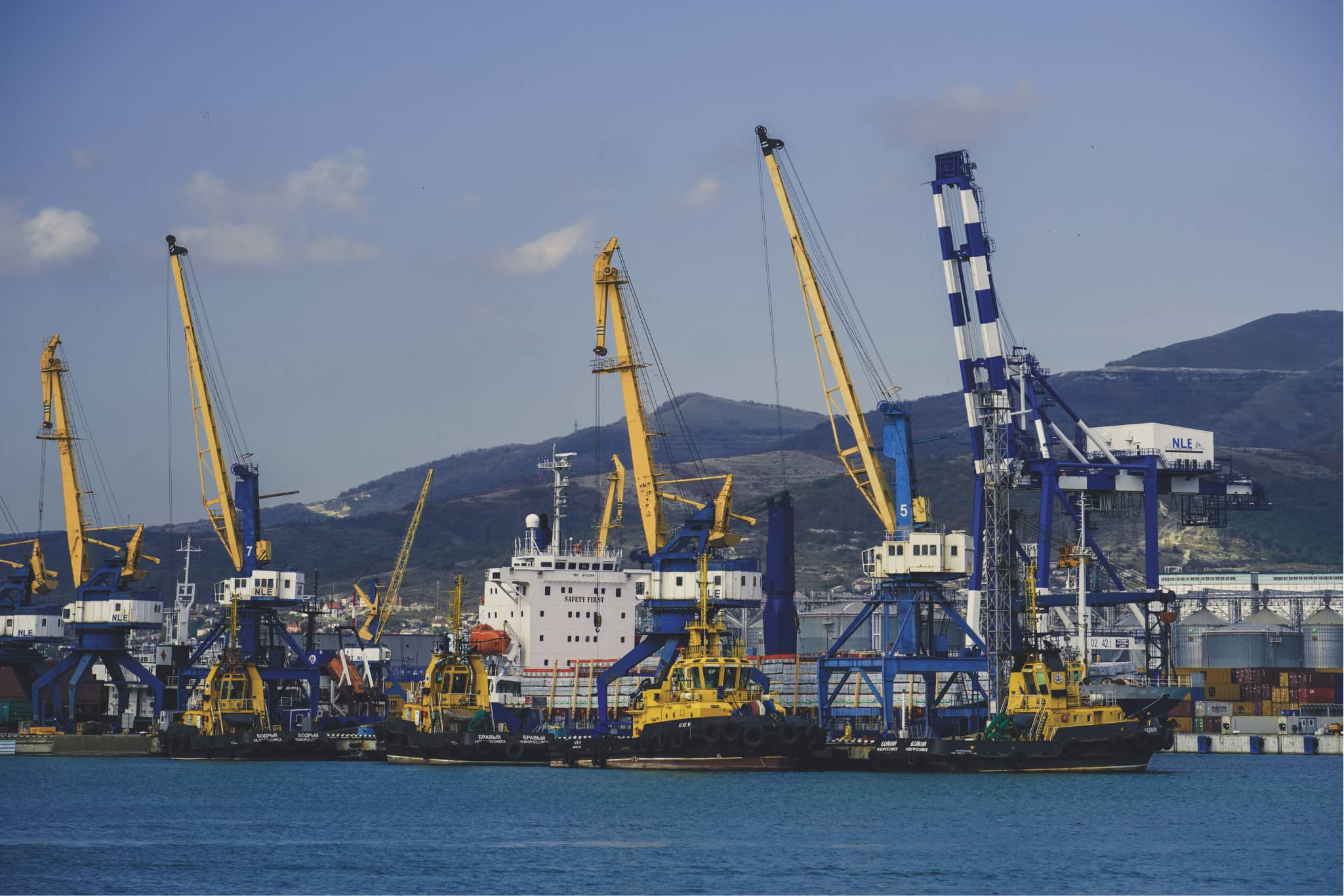 Sanctions and Trade Disruptions
The war in Ukraine is less than a week old. The humanitarian costs are rapidly escalating, as casualties are mounting and many residents...
By
Ulf Bergman
on
Mar 2, 2022 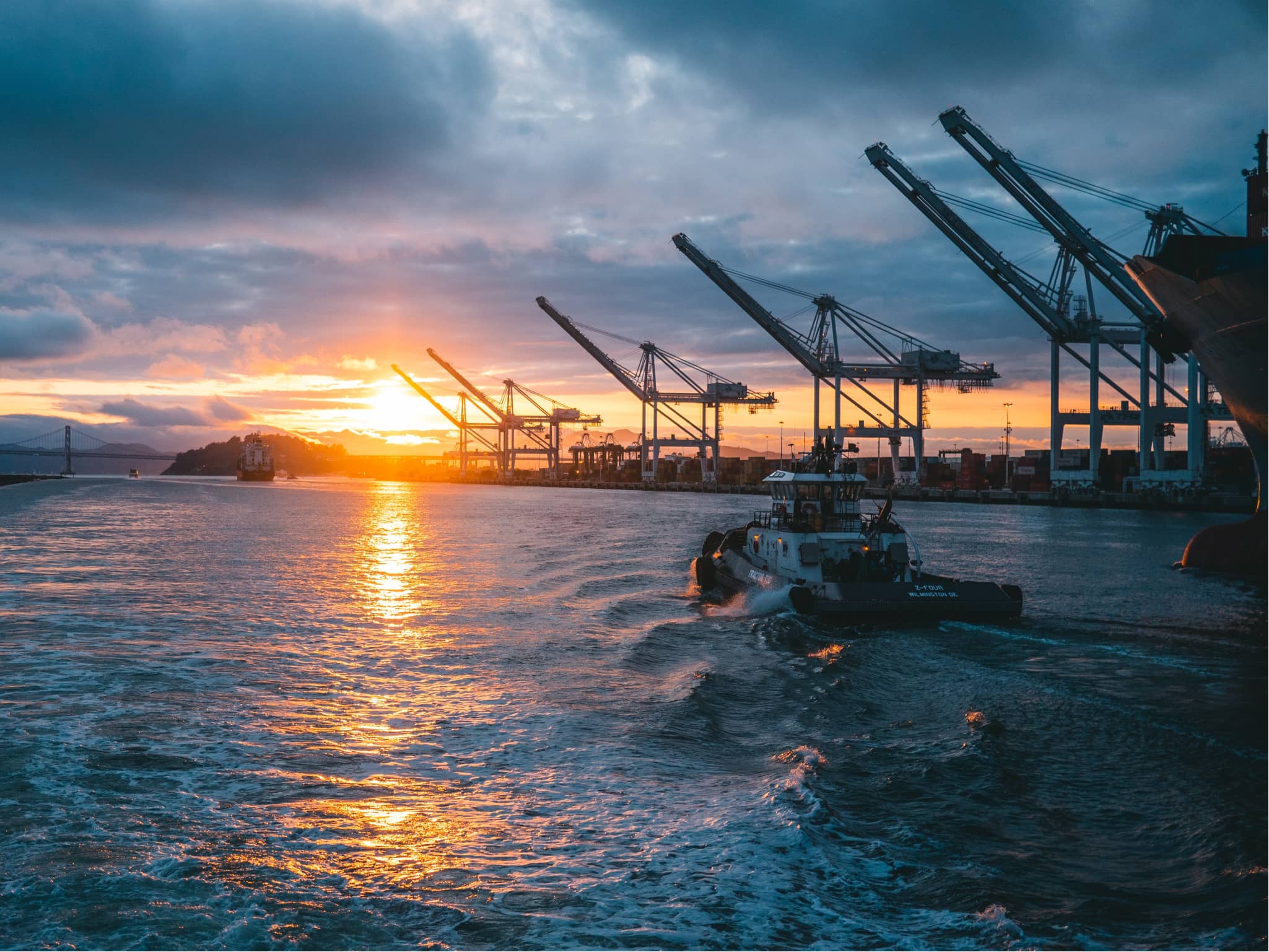 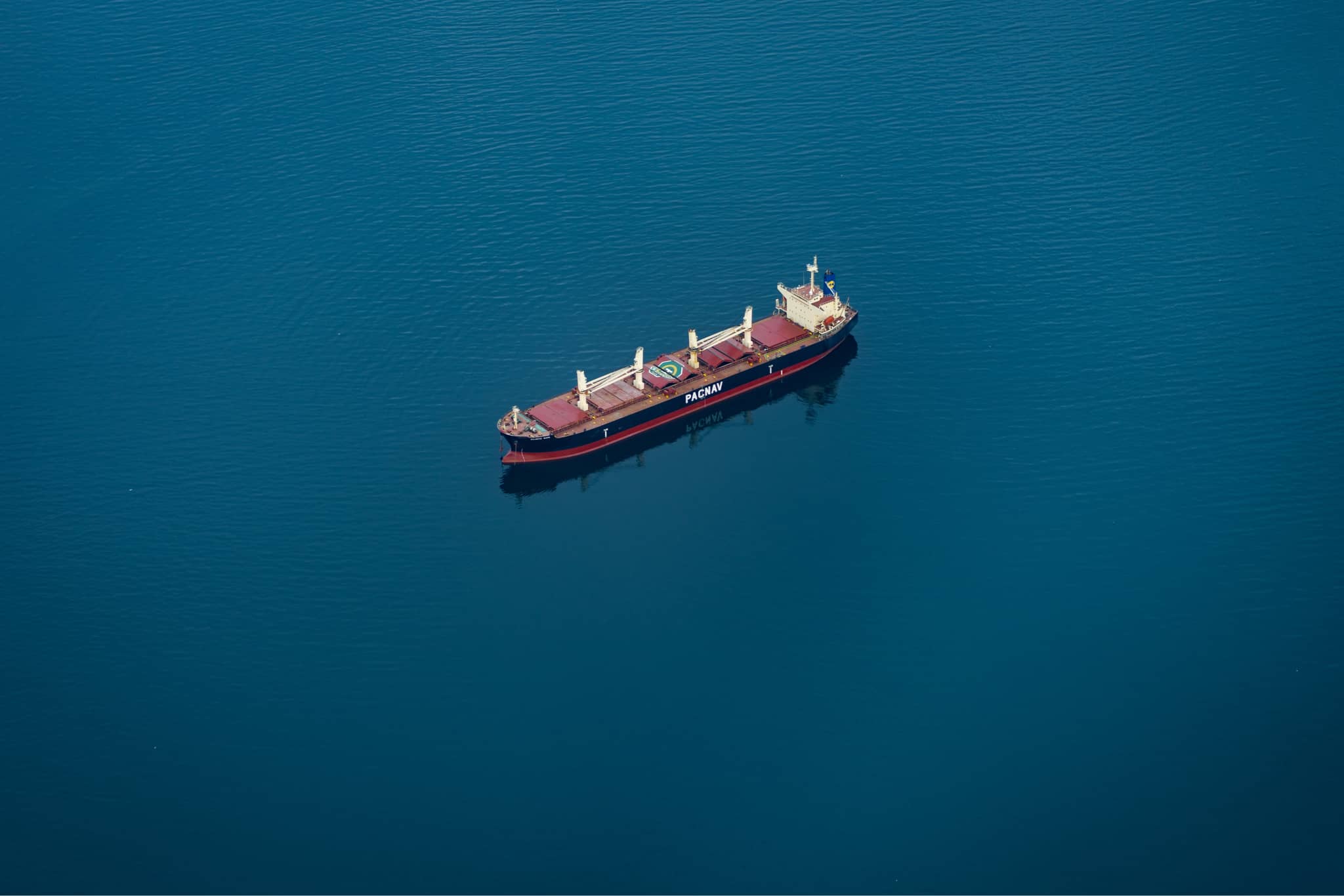 Shipfix is committed to protecting and respecting your privacy, and we’ll only use your personal information to administer your account and to provide the products and services you requested from us. From time to time, we would like to contact you about our products and services, as well as other content that may be of interest to you.To use Shipfix services, you consent to allow Shipfix to store and process your personal information to provide the requested content.
For more information on how to unsubscribe from the newsletter, our privacy practices, and how we are committed to protecting and respecting your privacy, please review our Privacy Policy.
© 2022 Shipfix